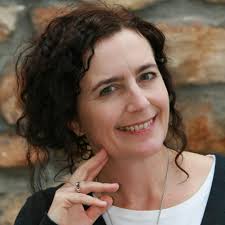 I’m looking forward to the event with Gillian Clarke and Finuala Dowling on 10 October. One thing they have in common is that both came to writing poetry, or at least having it published, quite late in their lives. Gillian tells the story of writing a poem and throwing it away. Her first husband Peter Clarke rescued it from the bin, ironed the page and sent it off to Poetry Wales. She was thirty-three when it was published and since then her poems have reached thousands of people.  So thank heaven for Peter Clarke!

Finuala Dowling came to poetry after she turned 40, and has become one of South Africa’s best-loved poets – and novelists – with a series of prize-winning collections that brought poetry to people who didn’t think they liked poetry. Her poetry, says one reviewer, is ‘filled with vitality, wit, unexpected rhythms and fresh ideas… Always accessible, Dowling’s poetry is never shallow.’

We haven’t seen enough of her in this country, but there are many who heard her funny, provocative reading at Aldeburgh in 2014, and they have never forgotten her, so I am delighted she is back and reading in Ilkley. On the 10th, she will be reading from her first book published in the UK, ‘Pretend You Don’t Know Me: New and Selected Poems.’ Here’s one of the new ones:

Before he met my mother,

my father was engaged to a crocodile tamer

One night over a bottle of wine

if our mother had been a crocodile tamer

or a snake charmer, ‘the only female fakir

in the world’. We watched a You Tube clip of Koringa

putting her head into a crocodile’s mouth

and swinging snakes around

while a man sounding a bit like my father

did a BBC-type narration in the background.

Koringa wore a miniskirt and a tasselled bra

It took £600 and three Rosminians to stop her

at the church door.

We’d have been there too,

if we could. When night fell, our mother closed the curtains;

our mother read us to sleep in a warm voice;

our mother didn’t go larking about with reptiles.

Gillian Clarke was National Poet of Wales from 2008 to 2016. She lives on her farm, Blaen Cwrt, in Ceredigion, and her emails to me have always been full of news of bluebell fields, new lambs being born, the hare that stops outside her window and holds her ‘in the planet of its stare/its silence’.

She is a force of nature herself, a natural teacher and guide. With her work on the GCSE and A Level syllabus for over thirty years, she has influenced a whole generation of students. She travels around the country with Poetry Live, reading to thousands of young people every year. I’ve seen her answer every email from students who send in questions from all over the world. She was awarded the Queen’s Gold medal for Poetry in 2010, the Wilfred Owen Award in 2012.

Her prose work, At the Source, is a wonderful piece of writing, and if we are lucky, she will do a follow-up to that soon. She has written radio and theatre drama, and translated poetry and prose from Welsh. Her tenth collection of poems, Zoology, was published by Carcanet in 2017. That book came out of a residency we shared at different Museums in Cambridge, and it was miraculous to see her crafting the poems that are now in this book.

Pretend You Don’t Know Me: Finuala Dowling and Gillian Clarke

(*plus a £2 booking fee per transaction)