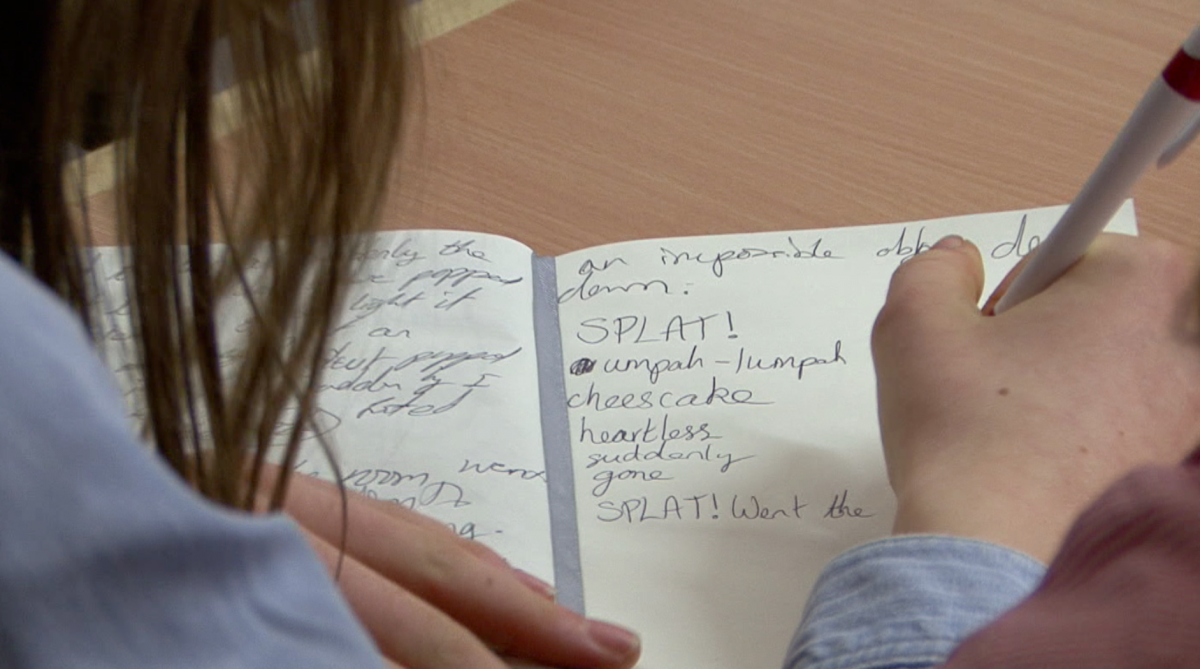 Here is a selection of the reviews from members of the 2015 Press Pack.

The atmosphere in the room was incredibly lively and jolly. The man introduced himself as “the biggest wimpy kid fan in the world!” He was involving the audience with quizzes and “voice offs”, imitating the voices of the main characters. He also showed a clip from the movie “DOG DAYS” which is his favourite part of the film. He was really fun and involved everyone, even the grownups! The audience were really excited and I think they really enjoyed it! He talked a lot about how the books were turned into the movies.

I think it was a brilliant show and everyone should come to Ilkley Literature Festival!
By Alice, 12.

Ian Clayton: Song for My Father

A small table was at the centre of an elaborate lighting system, and on it a vase of flowers and a cup of water. A full audience consisting mainly of adults, murmuring quietly. The star of the show strode in, wearing a blue shirt, red trousers and a purple cap, and in his hands a number of cases. He set his bags down on the stage, and declared “don’t worry too much about what I’ve got in this suitcase, I’m not going to start doing magic tricks!”

Following him in was a woman, who introduced herself as Yvette and the man with the pink shirt was Ian Clayton. He started by reading a chapter of his new book Song for my Father. It was gripping, serious though funny in places, but depressing. I was convinced from the first sentence that Ian Clayton had inspired the whole audience to read his book, and the chuckles and smiles confirmed this. Song for my Father is a book based on Ian Clayton’s life and the relationship between him and his father.

Next, Yvette challenged Clayton’s ability to answer questions fluently, engagingly and with humour. He passed the test with ease and gained positive feedback from the audience, which hung on his every word. “What circumstance prompted you to write this book?” “What do you think shaped your father?” “Can we talk about your grandmother?”

It was clear that Clayton loved his family, and that he loved to speak about them. He talked about the contrast of the relationship between his parents and the one between his grandparents, blending depressing stories of his family with funny memories – Yvette said the book made her both laugh and cry, sometimes in the same sentence!

A sea of faces listened intently as Clayton trusted them with stories of his past, and the people who inspired him to become who he is today.

Ian Clayton has written over 30 books, including and autobiography in 2007, Bringing it all back home, and Wisdom of our own, coming soon.
By Jasmin, 13.

An ordinary Saturday afternoon for little children transformed into a chilly frozen journey of wishes, reality and amazing musicals transforming the theatre full of excited crowds of little kids.

Solid snowballs were flying all over the stage as to entertain the children while the scene was being set by stage manager Elliot Clark. The seating was ok but the bunches could have been replaced by chairs making it more comfortable. Even through it was cold personally I think the temperature was clever as I think it was aimed to set a chilly atmosphere of winter. The setting I think was useful but not the best of experiences. The beginning music was absolutely spot on with affects of chilly wind here and there and sounds of show drifting to the ground.

The start and build up created many atmospheres and the characters suited the story although to make it more realistic they could have better costumes and more more detail to the fox. The actors, Mei Mac (Snow Child), Paula James (Mother, Fox and Child 2), Mark Pearce (Father, Grizzly and Child 1) were fit for the job and were very jolly for the children. Their acting equally as good as their smiles but not the best I’ve seen.

Overall the performance was great, entertaining for adults and involved great expressions. I recommend you see this play.
Jinead, 11.