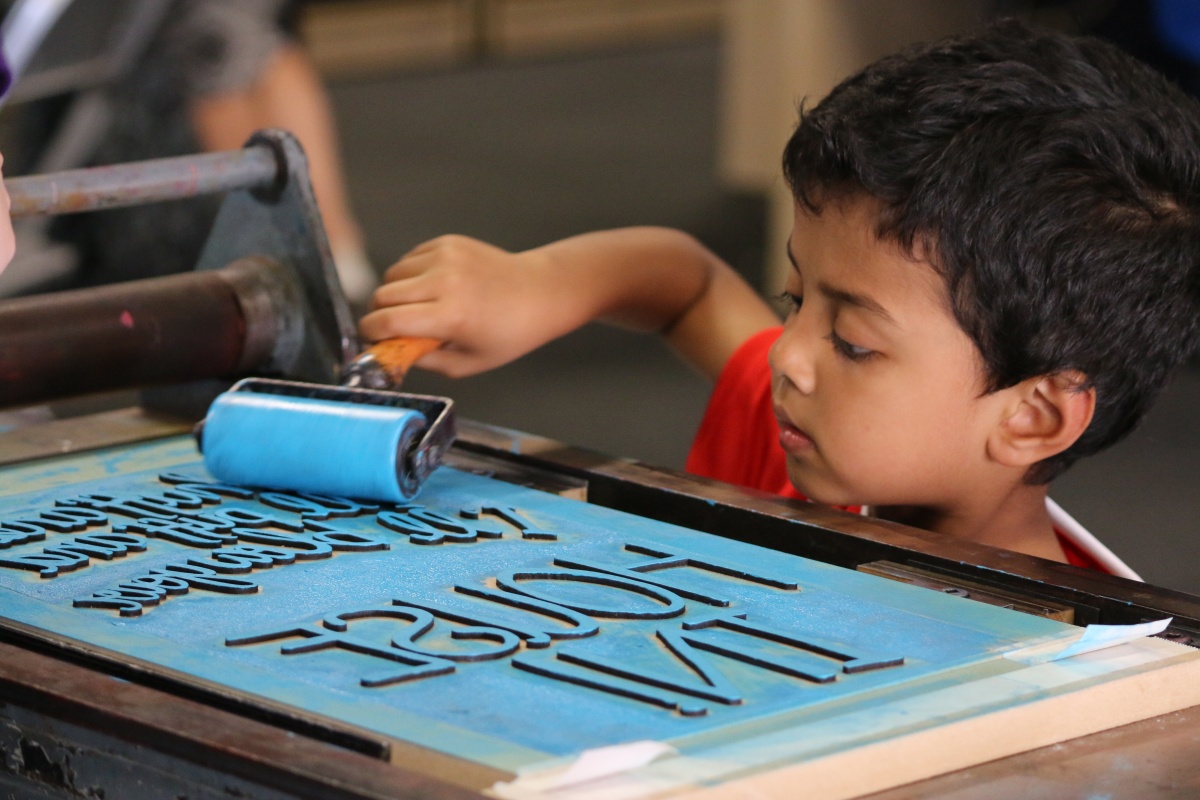 Highlights from Words in the City 2016

“I think you might be the nicest audience I’ve ever performed for!”
Gevi Carver at Words in the City 2016 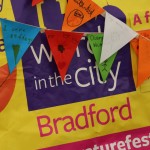 On Saturday 9 – Sunday 10 July Words in the City returned to Bradford for a weekend of fantastic poetry and spoken word events, bringing together local talent, including the first performance by our Bradford Young Writers group, with major spoken word stars like Hollie McNish.

Roald Dahl’s Revolting Rhymes were brought to life in storytelling sessions at the library as well as with activities in the Library Tent where children and families could have a go at writing their own revolting nursery rhymes or using a letter press printer to create a revolting poster.

Throughout Saturday spoken word performers drew crowds at the Words in the City stage, including members of the Roundhouse Poetry Collective who travelled up from London and world record holding beat boxer Testament, who took suggestions from the audience to inspire his freestyle performances. Artworks Creative ran a series a workshops exploring how between 1960 and 1985 inner city children were bussed out to go to school, inviting the audience to think about what it means to be an outsider.

As well as readings from Bradford and Ilkley Young Writers, Friends of Bradford Beck and Bradford institutions the Beehive Poets, the Words in the City stage at Waterstones included performances from Khadijah Ibrahiim, Sai Murray and Malika Booker, a closely fought slam competition and the first showing of Poetography, a series of short films and poems about Bradford by Kirsty Taylor, commissioned specially for Words in the City. 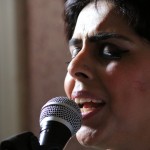 You can view the Poetography films here.

On Saturday evening we took over the Rock Against Racism exhibition at Impressions Gallery for Citizens of the Word, a poetic debate and provocation about how we can change the world. Hosted by Khadijah Imbrahiim and Leeds Young Authors, Citizens of the Word debated for topics, media and identity, environmental injustice, social stereotypes and perception and FGM and women in society, inviting the audience to explore these issues in more detail with roundtable discussions. 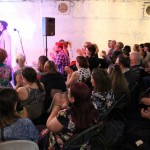 On Sunday, the Revolting Rhymes activities continued at the library and Waterstones hosted our regular multi-lingual Mushiara, while Leeds based theatre company, Chicken Shop Shakespeare surprised people in City Park with pop up performances. 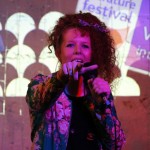 Another of our specially commissioned events was a neighbourhood Mushiara and Eid party taking place at the home of Shabina Aslam and her mother in Manningham. Mixing beautiful poetry, music with food, this intimate event was a reminder of the roots of Mushiaras, as a community gathered to share their poetry.

The final event of the weekend was a relaxed evening of spoken word with a sell out crowd at Bradford Playhouse. Along with YouTube star Hollie McNish, local poets Gevi Carver, Gav Roberts and Kirsty Taylor plus 6 Open Mic performers took to the stage with poems about life in Bradford, immigration, Einstein’s General Theory of Relativity and motherhood.

You can view the full gallery from Words in the City here.