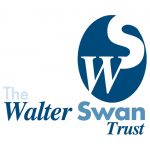 Now in its fourth year, the Walter Swan Poetry Prize is open to all writers of poetry aged 18 and over. This year, for the first time, we have introduced a new prize category for young writers aged 18-25, which runs along the main prize.

What Are You, Puffin by Rob Miles

The winners will be announced at Colette Bryce’s reading on Sunday 20 October and posted online shortly after.

The poems shortlisted in the 18-25 category are:

The winners will be announced at Shash Trevett’s reading on Saturday 12 October and posted online shortly after.

The Lochan by Janet Killeen

The winners will be announced at Being Various on Saturday 12 October and posted online shortly after.