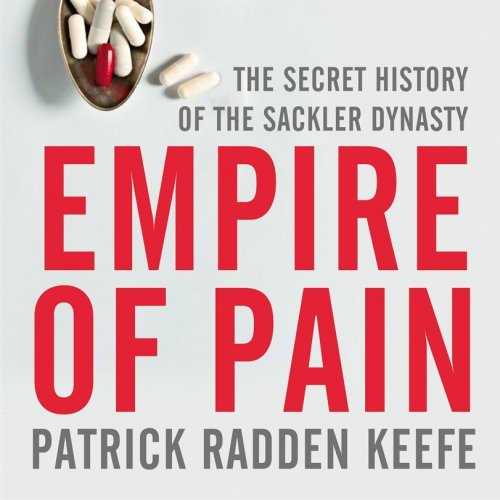 The Sackler name adorned the walls of many storied cultural institutions – Harvard University; New York’s Metropolitan Museum of Art; the Tate; the Serpentine Gallery; the Louvre. They are one of the richest families in the world, known for their lavish donations in the arts and the sciences. The source of the family fortune? Oxycontin, a blockbuster painkiller that was a catalyst for the opioid crisis – an international epidemic of drug addiction which has killed nearly half a million people.

In Empire of Pain, his masterpiece of narrative reporting and writing, New Yorker staff writer and critically acclaimed investigative reporter Patrick Radden Keefe exhaustively documents the jaw-dropping story of a dynasty: a parable of 21st-century greed.

Interview by journalist, filmmaker and Chair of Leeds 2023, Ruth Pitt.

Do you want to enjoy access to all our pre-recorded digital weekend events for free? Become a Friend of the Festival.