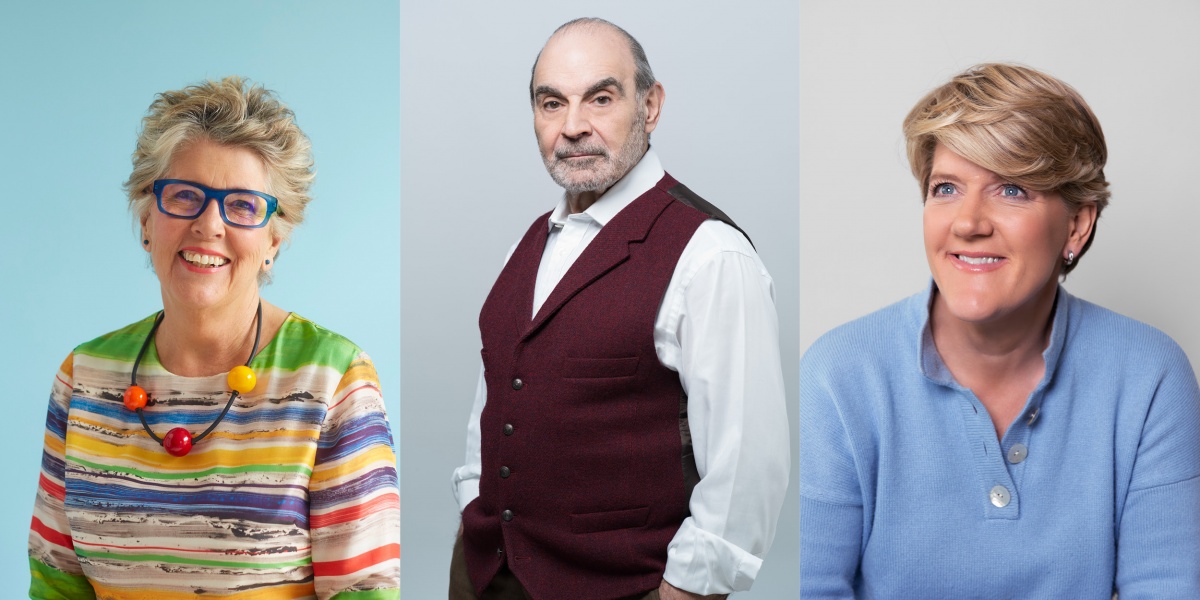 We are delighted to reveal some of the headline names who will be joining Poet Laureate Simon Armitage on the ILF programme this year.

Star of stage and screen, David Suchet, will look back on his 50-year career via the many photographs he’s taken along the way. The much-loved actor has a passion for photography and presents his long-awaited autobiography, Behind the Lens: My Life, published this October.

Sharing her favourite recipes and her life stories, Prue Leith will be in conversation will Guardian journalist, Felicity Cloake. Leith has risen to the top of the British food scene with huge success as a food journalist, author, TV cook and judge on the nation’s favourite TV show, The Great British Bake Off.

Clare Balding returns to Ilkley to headline the Children’s Festival. Balding, an award-winning broadcaster who has presented shows from Countryfile to Crufts, will be sharing the latest in her popular series of pony stories.

The legendary writing duo, Dick Clement and Ian La Frenais, have created some of the most beloved comedies on British television including What Ever Happened to the Likley Lads, Porridge and Auf Wiedersehen, Pet. The pair will be looking back on their incredible creative partnership that has shaped our cultural landscape.

The iconic satirical cartoonist Gerald Scarfe will be discussing his new autobiography, Long Drawn Out Trip: My Life. He’ll delve into his early days working on Punch and Private Eye, his long association with the Sunday Times as their political cartoonist, as well as the times he toured with the Beatles and created artwork for Pink Floyd.

Rather than writing the headlines, journalist Carrie Gracie became the headline in 2018 after resigning as China editor for BBC News after revelations over equal pay. The BBC journalist for 30 years will be talking about her recent and public battle.

Tickets will go on general sale from Tuesday 27 August.
Friends of the Festival enjoy a priority booking period from 20 August.
Click here to become a Friend of the Festival.