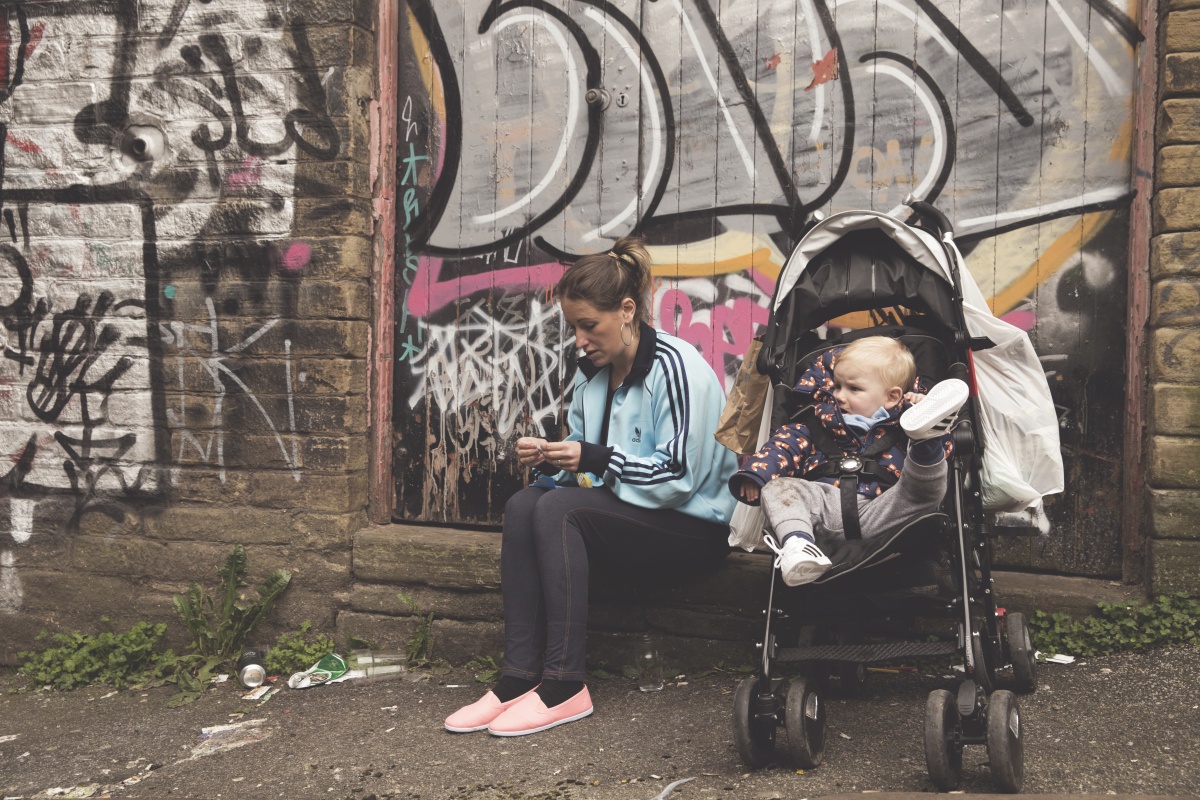 Poetography is one of the projects that received funding as a Words in the City micro-commission.

Kirsty Taylor tells us more about her Poetography project ahead of the Words in the City event.

Storytelling is a huge aspect of my poetry, and one of my ultimate aims is to create vivid, honest images to further enhance the word play and dynamism of the poems, while allowing audiences to truly grasp, relate and empathise with the emotions and lives of the characters within the words.

Poetography has been an idea brewing for a while, so when the opportunity came up to finally bring my words to life via actors and photography, I couldn’t have been more excited. Amy Charles was a perfect option for collaboration, having grown up in similar settings of West Yorkshire, with an equal passion and understanding of the community around us. We combined this with Josh Lewis’s seemingly effortless drones and sounds to create something accessible, yet poignant.

Bradford is forever the subject of my words. Its walls, streets and people feature heavily in all three poems we have chosen to bring to life with Poetography, and we hope this is communicated respectfully, both verbally and visually.

We hit the streets of Bradford with teacher/actor Helen McGinty and one year old son Tommy, to shoot the first poem in the series The Sausage Roll Baby. This was a particularly special moment for me seeing my words realised in such an effective way, with photographer and actors alike grasping the vision perfectly. Bradford didn’t fail us in providing the perfect canvas. We explored locations effortlessly, inspiring further themes and characters while doing so, seeing plenty of Sausage Roll Babies and mothers along the way.

I guess one criticism of the project might suggest that the pictures and words only highlight negative aspects of Bradford and/or motherhood. I don’t believe this to be true, and hope the project is more than this. I want to highlight the difficult truth of Bradford and motherhood, but also emphasise the richness and value of these characters. I could glorify Bradford all day, in fact I spend most days doing so, but I feel passionate and hopeful about these characters and places. I hope they evoke empathy, anger, sympathy and compassion, or even difficult realisation…

We continue shooting this week, with spoken word artist Toria Garbutt and two new faces to the acting world, Riley and Khaira Mohammed, exploring complicated dynamics of siblings and parenting. I am already learning so much in terms of photography, directing and working with young children within this discipline, and feel blessed with the opportunity to work with such talented folk. I look forward to seeing the final product, and sharing these words and pictures with the world.