Colette Bryce to be Poet in Residence

We are delighted to announce that award-winning Northern Irish poet Colette Bryce will be Poet in Residence at the 2019 Festival. 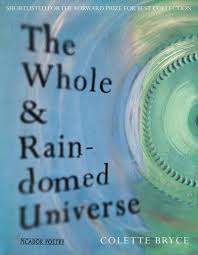 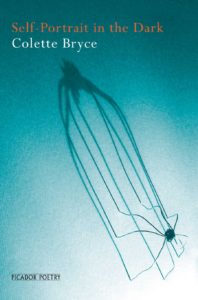 Following in the footsteps of previous Poets in Residence including Imtiaz Dharker, Daljit Nagra, Andrew McMillan and Zaffar Kunial, Colette will be putting her own mark on the festival, programming events as well as taking part in her own readings and running workshops for adults and schools. She will also be judging the annual Walter Swan Poetry Competition and acting as mentor to the Apprentice Poet in Residence, who will be announced soon.

With an exploration of the current proliferation of Irish writing talent across all literary genres a key strand of the ILF programme this year, Colette’s appointment at Poet in Residence is a timely one.

Born and raised in Derry, Northern Ireland, Colette moved to England in 1988. Her first collection The Heel of Bernadette (2000) received the Aldeburgh Prize and the inaugural Strong Award for new Irish poets. The Whole & Rain-domed Universe (2014), which draws on her experience of growing up in Derry during the Troubles, received a Christopher Ewart-Biggs Award in memory of Seamus Heaney, and was shortlisted for the Forward, Costa, and Roehampton poetry prizes. In recent years, Colette has held writing fellowships at the universities of Newcastle, Manchester, Notre Dame and Trinity College Dublin, and most recently the 2018 Heimbold Chair in Irish Writing at Villanova University, PA. Her next collection will be published in 2020.

Colette Bryce said, ‘It’s an honour to be appointed Poet in Residence at Ilkley, such a landmark festival on the UK literary map. I’m excited to help showcase some of the great poetry from Ireland, from a mix of new and established voices, especially at this pivotal moment in the history of our two islands. I’ll aim to build on the contributions of my poet-predecessors in the role, and I look forward very much to interacting with the writers and readers of the region.’

Erica Morris, Acting Festival Director said, ‘We are delighted Colette is our Poet in Residence this year. Her poetry brims with beautiful, pared-back lyricism and her precision with language is such that a few simple words can become powerful expressions of humanity, captured moments of memory, or sharp tools of transgression. We are looking forward to working with Colette to create a series of compelling poetry events within this October’s festival programme.’

Niccola Swan from the Walter Swan Trust said, ‘The Walter Swan Trust is delighted to be sponsoring the Ilkley Literature Festival poetry competition for the fourth year running. We are very much looking forward to working with Colette. Walter (1954-2014) loved spending time in Ireland and was a fan of many Irish poets and writers so I know he would have been excited to discover the new Irish voices emerging today.’

The Walter Swan Poetry Competition, judged by Colette, is now open for entries from anyone aged 18 or over, writing on any subject. Poems must be no longer than 30 lines and the deadline for entries is 31 July 2019. Alongside the main prize, writers aged 18-25 are also eligible for a new prize, judged by the Apprentice Poet in Residence.