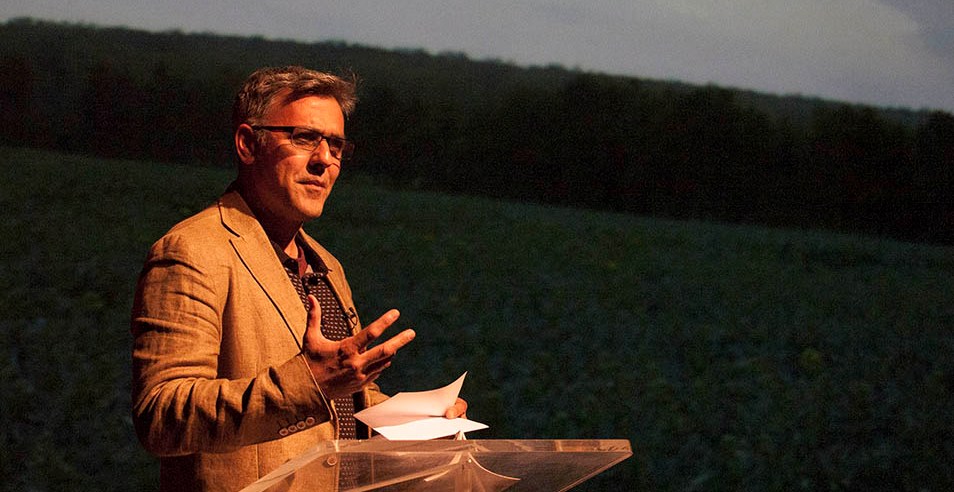 Daljit Nagra is the 2017 Poet in Residence

We are delighted to announce that Daljit Nagra has been appointed as 2017 Poet in Residence!

Daljit Nagra is from a Sikh background and was born and grew up in West London then Sheffield. He has published three collections of poetry all with Faber & Faber.

His poem Look We Have Coming to Dover! won the Forward Prize for Best Individual Poem in 2004. His first collection, of the same name won the Forward Prize for Best First Collection in 2007 and the South Bank Show Decibel Award in 2008. His subsequent two collections, Tippoo Sultan’s Incredible White-Man Eating Tiger-Toy Machine!!! and his version of the Ramayana were nominated for the TS Eliot Prize. In 2014 he was selected as a New Generation Poet by the PBS. In 2015 he won a Royal Society Travelling Scholarship. He is the inaugural Poet in Residence for Radio 4/4 Extra and he teaches at Brunel University London.

Daljit said “I am honoured to be selected as Poet in Residence for one of the most open-minded and inclusive festivals of literature in Britain. I will aim to continue the excellent work of previous poets who have been in my role such as Andrew McMillan by inviting the most exciting new and experienced poets to the Festival.”

Rachel Feldberg, Festival Director said, “We are very excited to be working with Daljit this year. He has always been popular with Festival audiences and we know he will be bringing some exciting events and themes to the programme this year.”

Daljit will be reading at the Festival, including newly commissioned work as well a curating a strand of events and working with the Apprentice Poet in Residence.