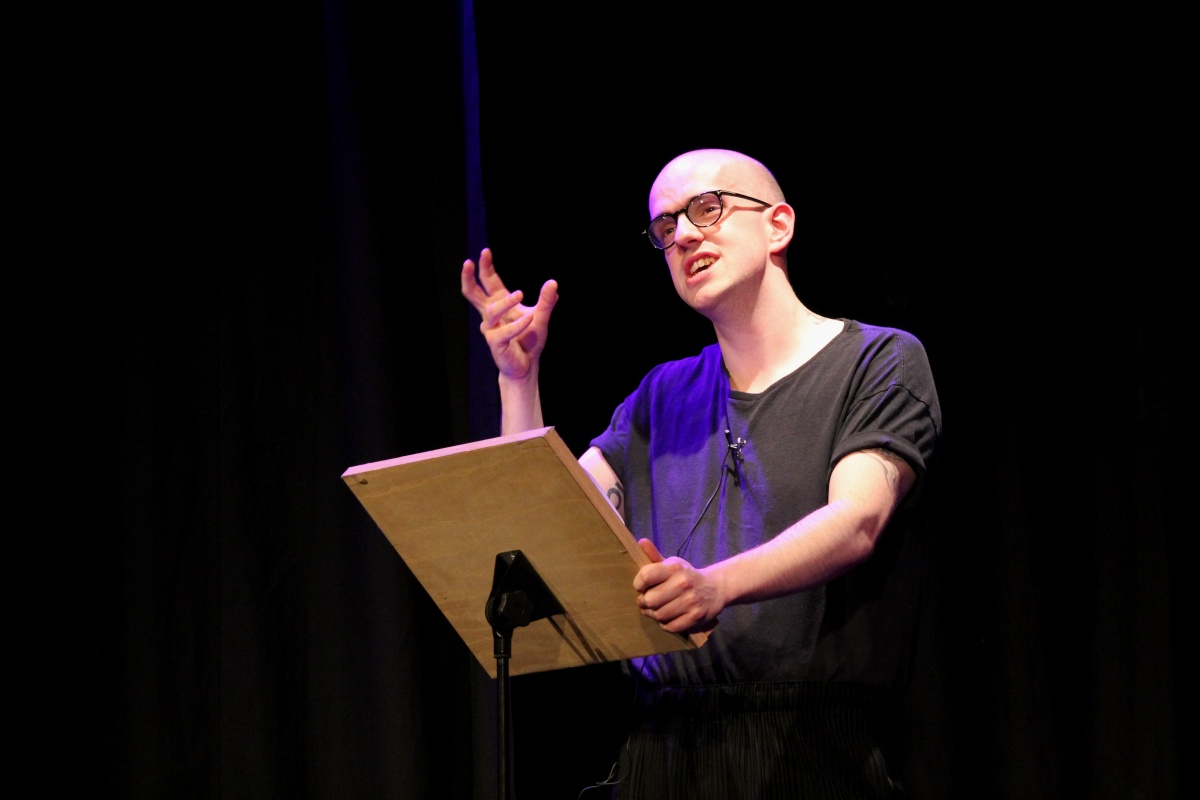 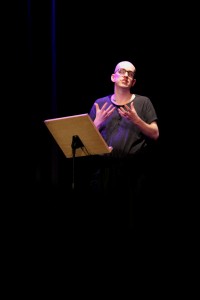 Who?
Poets Daljit Nagra and Andrew McMillan, plus the winner and runners up from the Walter Swan Poetry Prize.

When?
Pretty much any time. A lot of the pieces were contemporarily set, but some explored the past (whether family history or world history) and some were timeless.

What?
Poetry is as diverse as any other form of writing, although enough people – that well-known ‘I unconditionally hate poetry’ crowd – say otherwise. A Shakespearian sonnet is (usually) not a piece of slam poetry, though Shakespeare probably wouldn’t have feared getting in front of a microphone if he’d had one. That’s the beauty of poetry. It’s as mixed-up and creative as any other form, and takes up a lot less space. So, the answer to the ‘what’ for this event was ‘what wasn’t there’?

Nagra and McMillan weren’t the afternoon’s only performers. The first readings were from entrants of The Walter Swan Poetry Prize. In third place, Ian Royce Chamberlain with ‘Clearing Out’, a piece about a narrator scrubbing an unknown ‘her’ from their life. In second place, with another, gentler sense of loss, Naim Kennedy’s ‘This Year’ – similar themes, but a totally different setting, moving away from the domesticity of clearing out a house and into a wild stormy night, “Tuesday night, / the night you left”. Finally, winning Janet Norton’s ‘Umbilical’ branched out into the natural processes of the body, bringing a fresh sense of hope and new life. Three pieces, three topics, similar in some ways, different in others, and we hadn’t even started.

Andrew McMillan, Ilkley’s poet in residence, is a writer with a keen interest in bodies, as the title of his first collection, Physical, suggests. His themes of the afternoon ranged from AIDs to Oedipus. Some topics, such as parenthood and the end of relationships, were touched on by the Walter Swan winners, but none hit upon masculinity better than McMillan with one of my personal favourites from Physical – ‘The Men are Weeping in the Gym’, which explores the toxic environment of bodybuilding and male prowess. All his pieces had an understated quietness about them, no matter the gravity of the theme, but no two were the same.

Next on stage: Daljit Nagra. Saying that many of his poems are loud, he took a lead from McMillan’s softer work with some less booming pieces, stating that, when challenged by his editor to stop using so many exclamation marks in his work, he simply replaced them with questions. You only need to compare the titles of some of his collections to realise that Nagra is a poet with a large range behind him – Look We Have Coming to Dover sounds a whole world away from Tippoo Sultan’s Incredible White-Man-Eating Tiger Toy-Machine!!! (although the exclamation marks are creeping in there). Some of his readings were sad, some political, some humorous, others a mix of all three. Many were domestic, contemporary – a loud husband, a man seeing his dead wife in a cloud. Another explored the history of the British Museum, its complex foundation of art and violence, and the anxiety between the two. His readings were some of the most varied of the afternoon, and for that reason, although he wasn’t a poet I was fully aware of before the festival, I will definitely go back for more.

Why?
Because poetry is not all the same. A hundred poems might exist about a single topic, but none of those pieces breathe the exact same way. To have all those ‘whats’ packaged into a single afternoon was a great idea and a lot of fun. 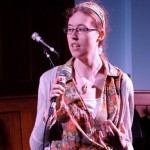