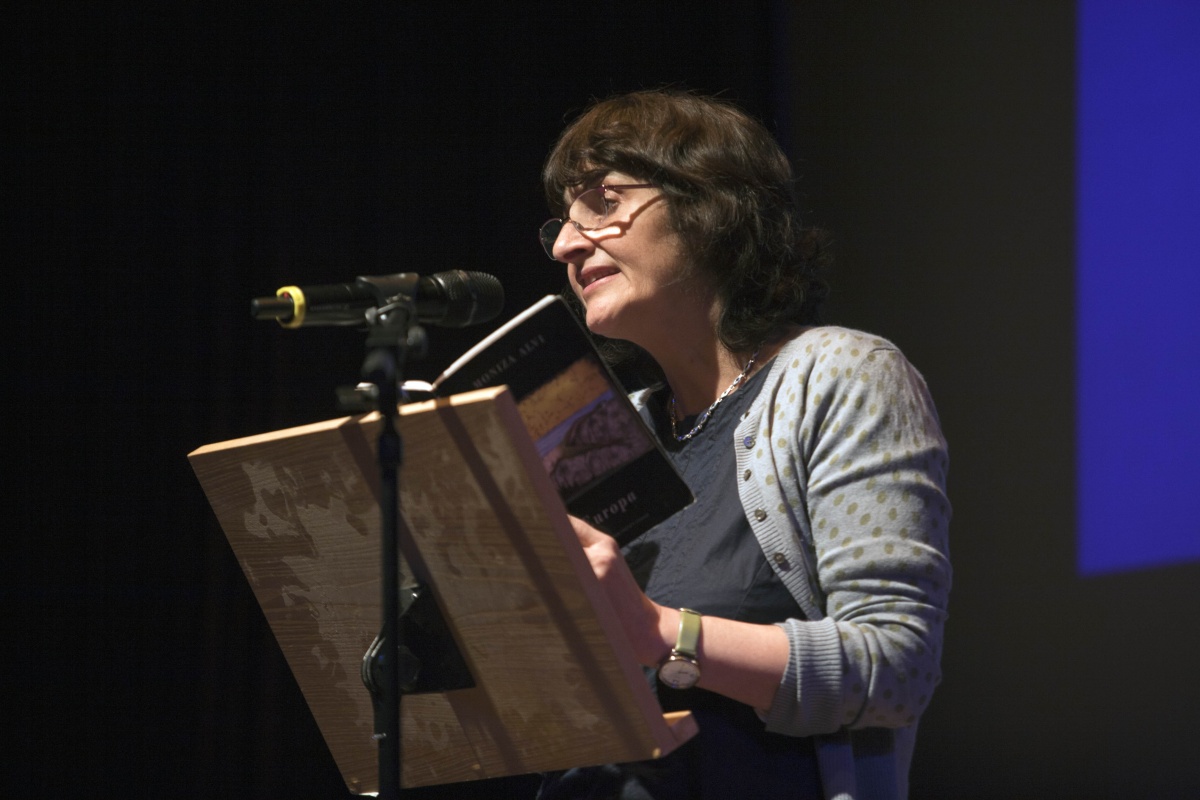 2nd – banked up by John Foggin

Poetry competition-judging is a lengthy process, and not least when considering the long-listed poems! Sometimes it feels like being asked to rank the animals in the zoo, scarcely possible because they’re each so individual and each has its merits. I find it best to try to keep an open mind rather than having any preconceived ideas about what I’m looking for, and to allow the poems to surprise me in their different ways.

In first place: ‘Host’. This poem leapt off the page from the outset. It more or less chose me in that I felt immediately that it would probably be a strong contender. It’s based on the biblical story of Christ’s burial in the tomb, but the poet makes it their own. Written in the persona of a male attendant at the grave, the language has the immediacy of the contemporary and colloquial: “I sent the women away. As God’s my witness, / if one of them had kicked off, I’d have smacked her”. The poem is also hauntingly imagistic and suggestive: “As we lugged out the body, the grave-clothes burst open / and a host of bright, buzzing creatures flew out’. There’s no resurrection implied here, but the stench of a corpse, misogyny, and the buzzing of flies. Yet so much is withheld: “We stared at each other for a moment. Nobody spoke.” And the taut couplet of the ending strikes a note of stark, echoey, almost plaintive, emptiness. The pace is well-controlled throughout with the varied sentence and line lengths. The scene is atmospheric, brutal and compellingly dramatised.

I chose the stylistically adventurous ‘Banked up’ for second place. It’s not a narrative poem in the conventional sense, but it conveys a mind’s fearful journey via the presence of a menacing outer scene and a dream of “dwindling / into the fastness of a shell”. Only part way through is it revealed that ‘she’ (a banked up ‘she’) is the subject of the poem and we have entered her mind through the poem’s attention to detail and sensation. There’s an explosion in the last few lines with the ordinary made and astonishing and threatening: “a bucket has blown over / rackets about the cobbles like a big man in a rage / like a man who’d smash his fist into a gritstone wall / and sing about the blood”. This poem has no capitalisation. full stops or commas. It floats mesmerisingly free of such ‘clutter’, allowing the line-endings to serve as punctuation. A reader is able to attend completely to the phrases, their musicality, their mystery – and their sudden violence.

In third place I selected ‘Threshold’, a delicate portrayal of the loss of a father. The poem takes the long, thin shape of a rope, her father’s parting gift to a daughter who is leaving home for her new life. The rope is for emergencies, but the real ‘emergency’ here is the sudden death, the poem suggests, of the father, and the severing of life’s thread. This is a lucid, deceptively simple poem. It seems so natural with its “Miscellaneous bits / for my new life”, including the rope, startling with “the shock of its orange weave”. A rite of passage is subtly conveyed, and made complex with two immense life-changes happening simultaneously. The poem shows how beginnings and endings can be so sadly and confusingly entwined. Rock-climbing imagery is used deftly, enhanced, at the point of crisis, by the staccato sentences: “Winter came. / And asthma. / Brittle you dropped.” The poem is all the more moving for its elegance and restraint.

Other striking poems include ‘My First Russians’, a poem set in wartime, it conveys the sense of wonder at ‘foreigners’ arriving in a Yorkshire town at a time of “danger, peace and rumour”. The Cossacks’ impressive, almost mythical arrival cuts across a child’s fear: “They rode out and then they were like / a different species, new to me, horse-man, / man and horse a single / hurtling intention with one will”. ‘At last’ is a poem with a marvellous concept at its heart, the fantasy, the emotional possibility of giving birth to oneself. It’s psychologically piercing and wry: “I held my infant self in arms more / accustomed to giving than receiving, / and saw myself for the first time / perfect, whole, utterly secure / in knowing myself wanted beyond price”.

Across the group of the fifteen long-listed poems, imagination, skill and talent was much in evidence . Each poem whetted my appetite and made me want to read more from that particular writer. In all, a stimulating and absorbing set of poems. It was an honour and a pleasure to judge the 2014 Ilkley Poetry Competition.