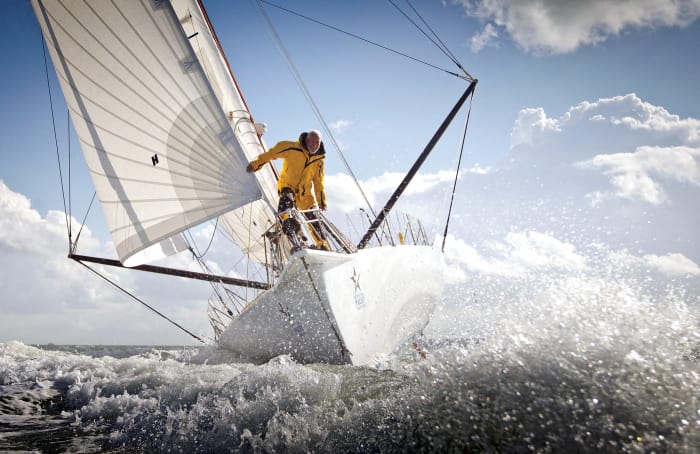 We have added a new event to our join up – legendary sailor Sir Robin Knox-Johnston.

Sir Robin Knox-Johnston soared to fame when he became the first person to complete a single-handed, non-stop circumnavigation of the world. Now, 50 years on from that famous voyage, he comes to Ilkley to reveal the true, extraordinary story of his life.

In his new autobiography Running Free Knox-Johnston paints a vivid picture of his remarkable journey, beginning in June 1968 with setting sail in Suhaili through to the journey’s end on 22 April 1969 when he entered the record books. In 2007, he became the oldest person ever to complete a solo circumnavigation of the globe after carrying out his second voyage at 68 years old.

Ilkley Literature Festival director Rachel Feldberg said, ‘Whether you are a passionate sailor or more of an armchair adventurer, Robin Knox-Johnston’s insatiable appetite for life will have you captivated and we are delighted to be bringing him back to Ilkley for a special post-Festival event in December’

Robin Knox-Johnston: Running Free
Wednesday 5 December, 7.30pm, Craiglands Hotel, £14/10* concessions
Tickets will be on sale from 10am on Tuesday 11 September.

(*Plus a £2 booking fee per transaction)