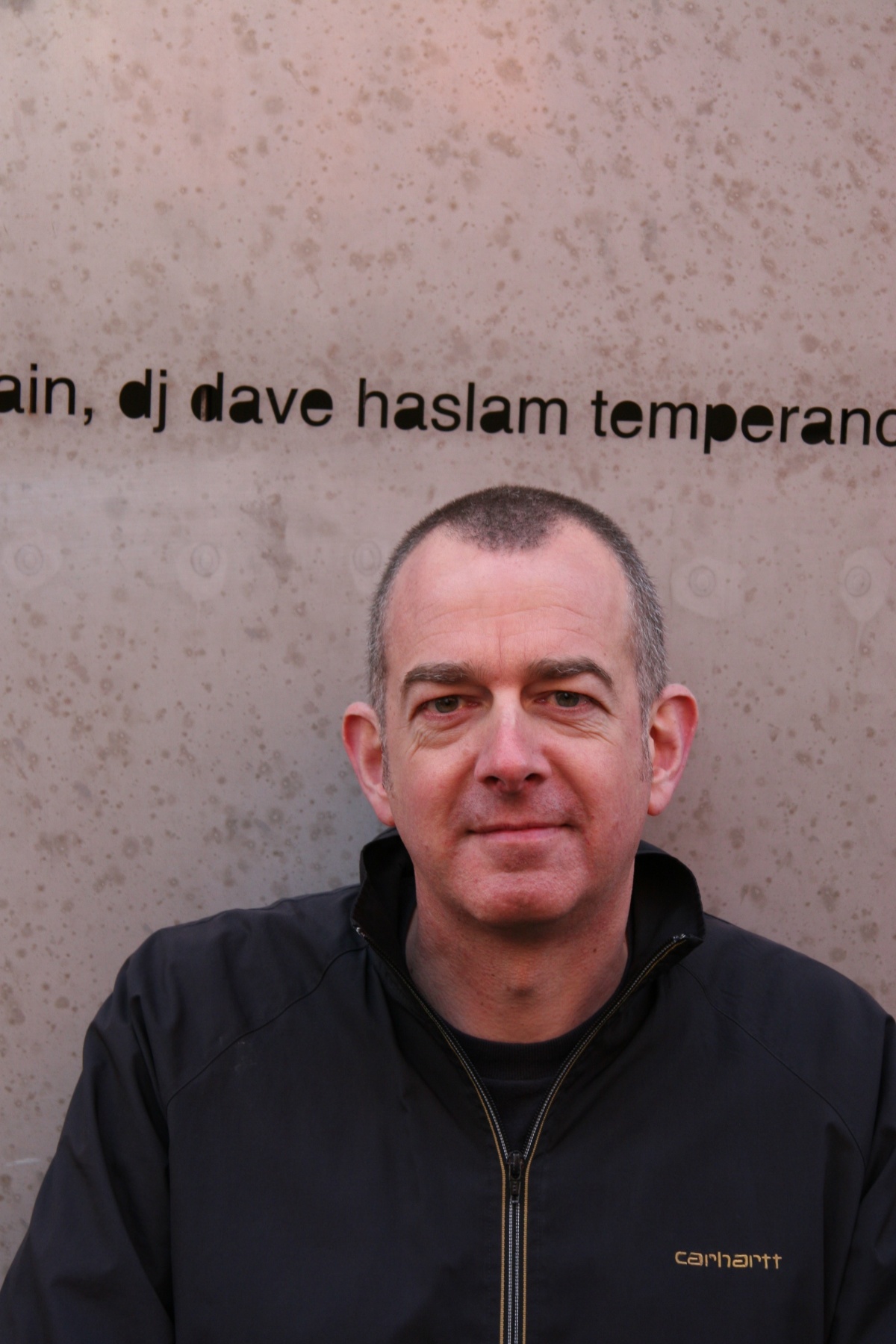 Dave Haslam is a cool, low key kind of guy; a mood and look that goes well with his day job as an author… but which is one that juxtaposes quite harshly with our perceptions of what his own ‘Life After Dark’ must be like, as a jet setting international DJ.

Nevertheless, a self-confessed geek, despite previous incarnations as a club promoter, hosting performances for iconic 90s bands such as the Shamen, Primal Scream and the Stone Roses; Haslam has probably been working towards this book all his life (indeed it took him five and half years to write), as he started off his writing career as the editor of a Fanzine in his late teens / early twenties, and has been writing pretty much ever since.

Haslam, who DJ’d regularly at the ground breaking Manchester club, the Hacienda, in the 80s and 90s, read out an inspirational message he’d received from his ‘Facebook friend’ Denise; “The first time I went to the Hacienda at the tender age of 17, giddy with excitement, Dave Haslam was playing; suddenly I was at home and everything made sense.” In a nutshell, Haslam’s book is for everyone and anyone who even slightly relates to Denise’s epiphany. It is 160 000 words dedicated to the intoxicating and inspirational world of night clubs and music venues. Events and locations which have essentially galvanised some of the best bands and coolest ‘scenes’ in popular British culture. Bands as varied as The Beatles, Massive Attack, the Clash, the Chemical Brothers, Led Zeppelin, to name but the tiniest few, owe their oeuvre to the sounds, smells and sights that they consumed in their local club.

My only criticism (if indeed you can call it that), is that such a sensory subject was treated in such a mundane way. Images (from the book?), or music from the clubs and bands so frequently mentioned, would have added colour and wonder. Even Haslam’s off the cuff suggestion as to a follow up book, in terms of capturing images of “What are these seminal clubs now? Answer; Hairdressers, Korean restaurant, speedo shops…” would have made the tour of the past just a little bit more tangible.

To quote the 50 year old chap in the audience at the end though; “listening to you talk, I just wish I could go back and visit the Hacienda now…” echoed the thoughts of many. Yet as Haslam said at the beginning, “whatever music or movement you were into in your formative years, through it you will have discovered your wardrobe, music tastes and best friends…” Something which is worth celebrating, and dipping into Life After Dark is certainly one way of doing that.

Victoria Benn is a part of the Ilkley Literature Festival review team.