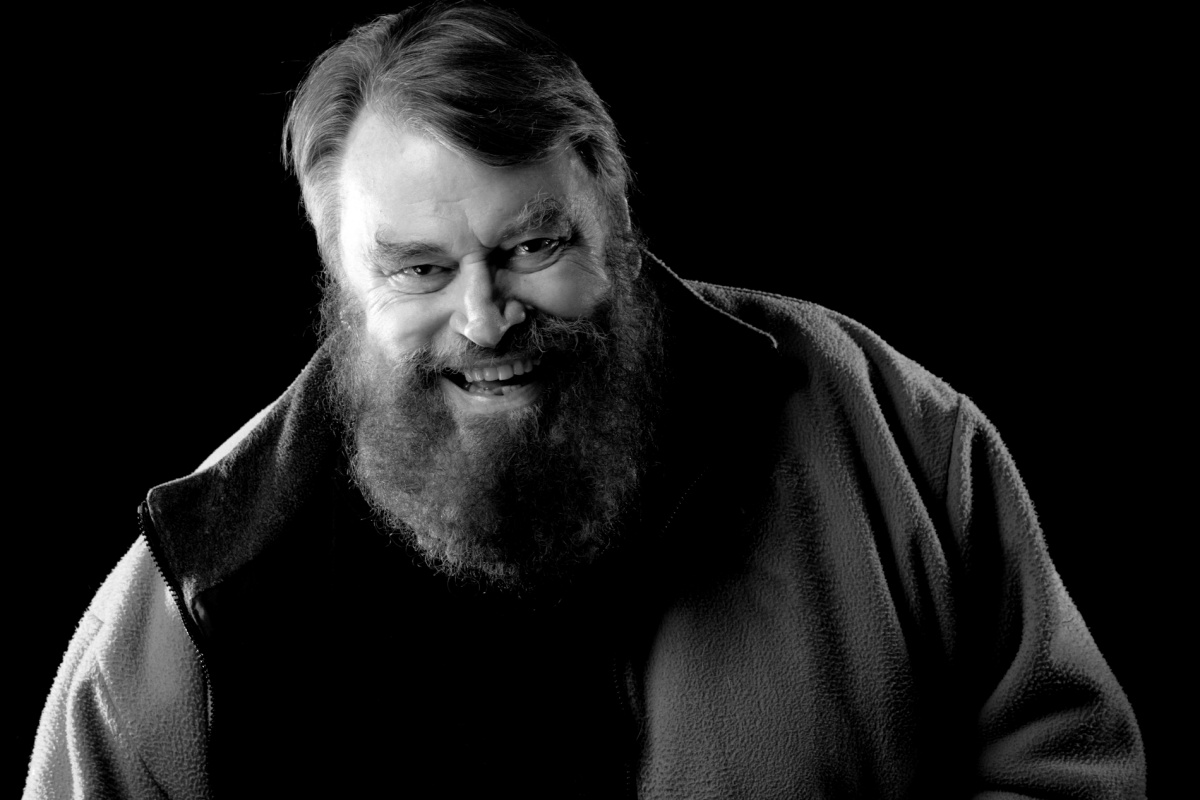 Brian Blessed described himself as ‘discombobulated’ has he took to the stage at the King’s Hall. Running a little late due to a hold up on the M1, he arrived looking every colossal inch of a Holbein painting of Henry the Eighth and declared, “I can never work out what to say”. However it became clear that he had an easy capability as a raconteur and had a lifetime of anecdotes which would entertain this appreciative audience.

He began his talk about saying how touched it was to be back in Yorkshire. His ‘actor darling’ vowels hide the fact that he grew up in the Yorkshire mining town of Mexborough. He clearly had a rich childhood, his early years spent in the war. He explained that his father knew the entire works of Shakespeare and that spare time was spent acting on stage. He knew the young Patrick Stewart who lived nearby in Mirfield. These childhood role models of self-educated men who loved the arts after working hard all day have clearly helped form Blessed into a man of monumental drive, positivity and energy.

“There is no end to my talents” he told us at the start of his talk. He then went on to more than prove his point. He describes himself, at the age of nearly 80, as 50% explorer and 50% actor. A remarkable over achiever, he has attempted Everest three times, has reached the magnetic North Pole, climbed Kilimanjaro, is president of the National Parks Association, a campaigner for elephants, and is currently training in Russia to go into space!

“Gordon’s alive!” – Blessed’s phrase from the film Flash Gordon was repeated throughout his talk as he explained how he is constantly asked to say the phrase. He claimed that the Queen has asked him, and that he has even stood atop the cabinet table to make the proclamation in front of the Prime Minister. Whether or not any of this was true; I don’t know, but Blessed is such a larger-than-life character in every way that the truth is largely irrelevant. His stories are hugely entertaining.

Brian Blessed owned the stage, ignoring the heavy hints from the organisers that his time was up. He regaled with further tales of; punching and attacking a polar bear on the nose who was trying to get in his tent in the North Pole, meeting thousands of yeti whilst in the Himalayas, and playing Pavarotti on Stars In Their Eyes. He truly believes and lives the phrase he told his audience during the event, “It’s not how old you are; it is how you are old.”
Patrick McGuckin has lived in Ilkley for 18 years and attended Ilkley Literature Festival for most of those years. Since attending the Review Writing Workshop a few years ago on a whi his has regularly reviewed events for the Festival. Patrick also reviews performances at Ilkley Playhouse for Ilkley Gazette.