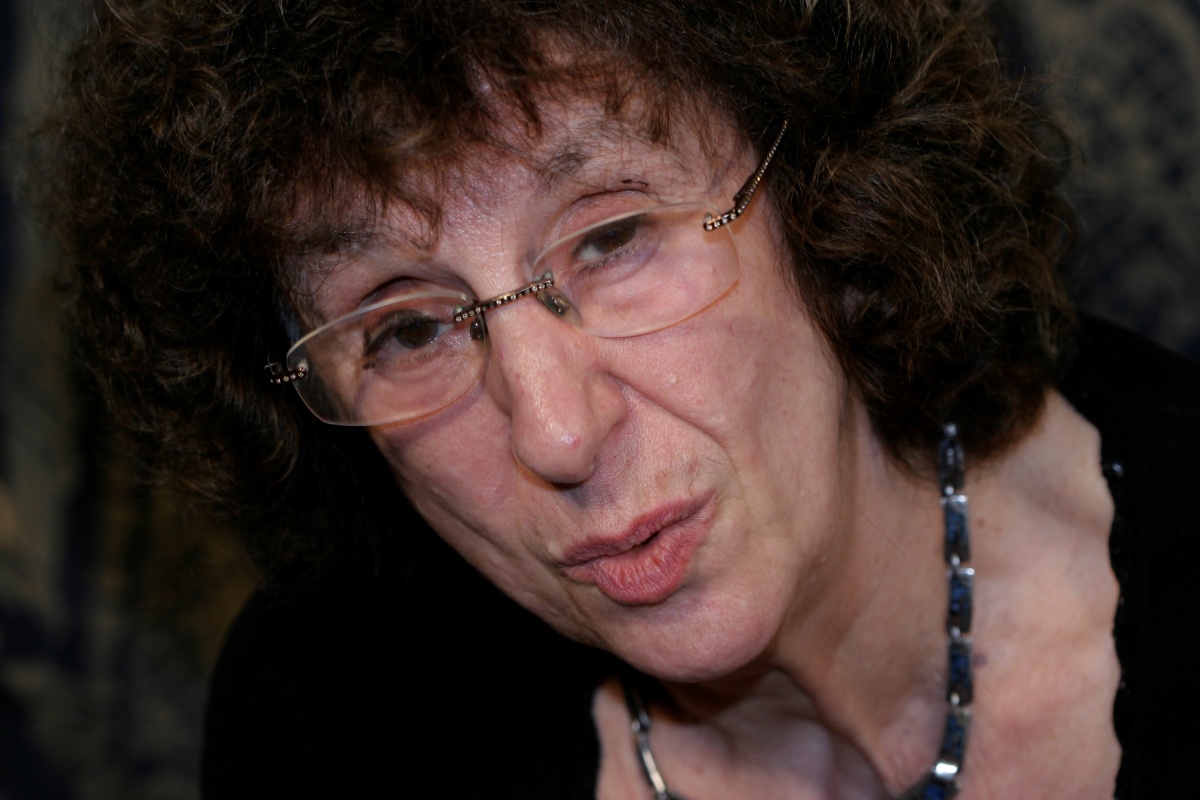 Elaine Feinstein is an indomitable figure; a prolific writer who has excelled in prose, poetry, translation and biography. Amongst many other achievements she has attained the Cholmondeley Award for Poetry, and been formally recognised for her services to literature by being granted a Civil List pension. It is no small wonder then that upon her arrival the audience fell silent. This was indeed a woman to be respected.

Feinstein set the precedent for the evening’s discussion early on. This was to be her attempt to ‘set the record straight’, to differentiate the myth of Plath that is so widely perpetuated, from the reality that is too often obscured by the morbid glamour of Plath’s suicide. Feinstein’s opinion is that Plath was not an innocent or virtuous victim, destroyed by Ted Hughes’ adultery, but a woman who was viciously competitive, for whom the highest prize attainable was immortality. Feinstein also focused on Plath’s personal history, touching upon her relationship with her father, her early suicide attempt, and her college years. But what would a talk on Sylvia Plath be without the inevitable reference to her relationship with Ted Hughes?

Feinstein personally knew Hughes, and later wrote a biography of his life entitled, ‘Ted Hughes: The Life of a Poet’. It is perhaps unsurprising then, that his relationship with Plath became the predominant theme of the lecture. Indeed, the reaction of many audience members was testament to the need to extricate the truth of their relationship from the myth. I noticed a few people shift slightly at the sound of his name, and even I stiffened a little in indignation. It seemed evident that some of us were die hard ‘Team Sylvia’ members. But of course, these almost violently defended alliances are bred from ignorance and the potentially false view that the failure of their marriage led to Plath’s suicide. Feinstein did a good job of trying to destabilise this preconception, stating that ‘Ted was not a monster’ and Sylvia was no angel. In short, she summarised their relationship as being tempestuous, but not abusive.

Although interesting, the biographical details of Plath’s life, and the fairly extensive focus on her relationship with Hughes failed to entirely captivate. After all, those that have read about Plath may find that they knew this information already, and although refreshing to have it reiterated by an obviously knowledgeable and invested speaker, it did little to provide new perspectives. However, Feinstein later considered the circumstances of Plath’s death, and what she may have hoped to achieve by her suicide. This latter part of the lecture was really very interesting. She asserted that Plath was ‘quite desperate for posthumous fame’, and argues persuasively that she killed herself in order to create the legend; to ‘give a lifeblood to her poems’. This discussion, and her brief consideration of feminism in both her own life and Plath’s were engrossing, and my only regret is that they did not dominate the lecture. Indeed, the consideration of feminism was only instigated by the Q and A which concluded the talk.

Despite these slight disappointments, Feinstein demonstrated herself to be a charismatic and instructive speaker, who reinforced the genuine loss Plath’s death was for the arts when she stated that she ‘had a great deal more to say, and would have said it incomparably’.

Ellie Wriglesworth recently graduated with a degree in English Literature and is in the process of deciding whether to enter journalism, or continue in academia with the aim of becoming a Universtity lecturer. Ellie is an avid reader who is in the habit of having 5 books on the go at once and, when not reading with cups of tea and chocolate, she can be found blogging, picking her way through charity shops for bargain teasets and exploring libraries, art galleries and museums.