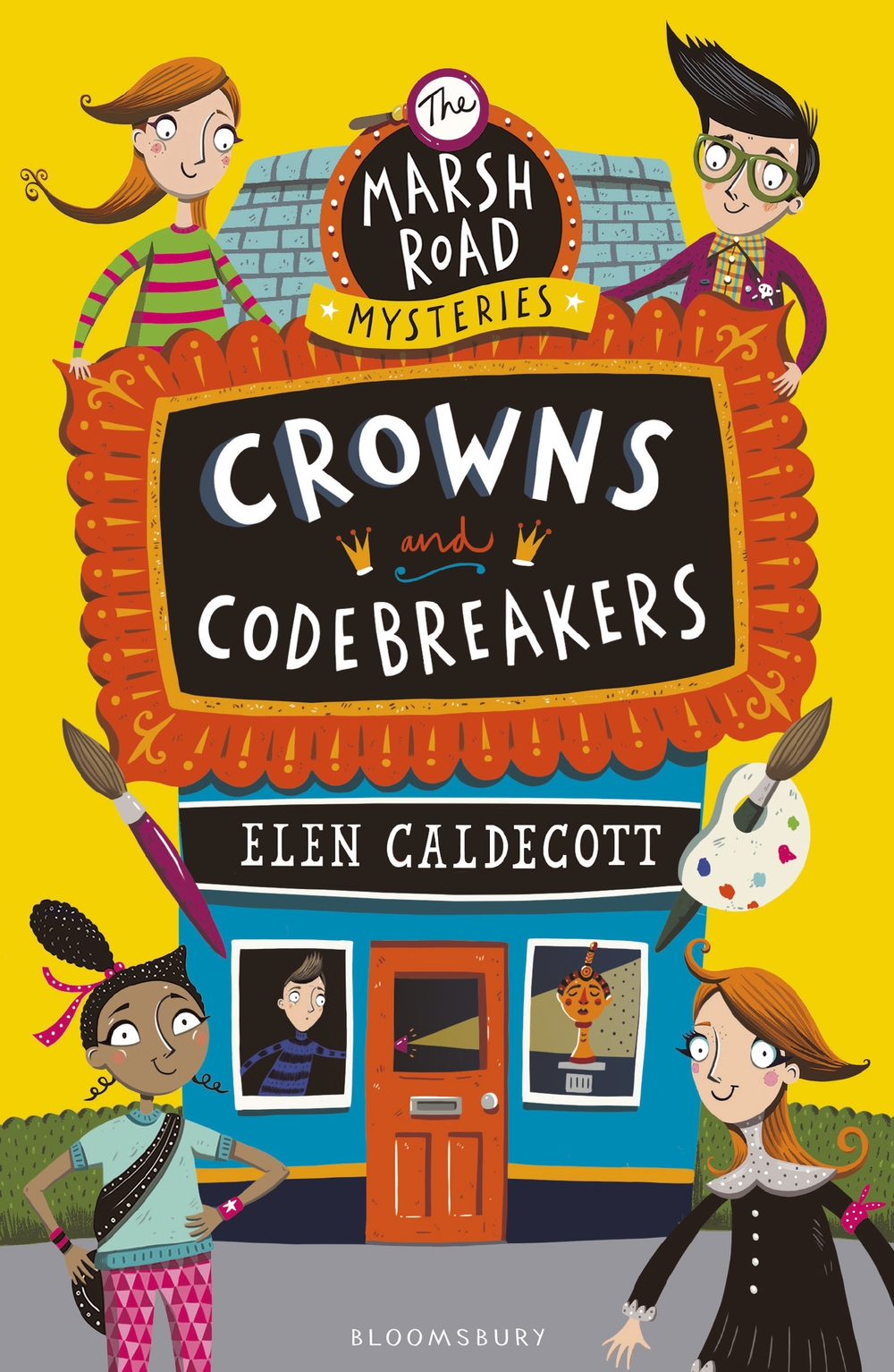 This Ma and daughter team were tasked with reviewing Elen Caldecott’s Marsh Road Mysteries Writing Workshop at the Ilkley Literature Festival and from the word go, the author managed to get the wee nippers eating out of the palm of her hand.

Every child in the room – apart – from my kiddo appeared to be a wanabee writer (indeed – when she asked them to define the word ‘genre,’ I do confess that I fretted a bit… would the little ‘uns know what this meant? But she knew her audience – little scribes in the making.).  So you could perhaps argue that Elen C’s job  perhaps wasn’t the most difficult in the world, but on the other hand – pulling together a group of boys and girls aged from 7 to 12 and getting them to pay attention to the basics of characterisation, plot, structure and actually getting them to produce a couple of chapters in 1.5 hours – is no mean feat at all.

Elen used photographs to inspire the children as well as cracking the whip and getting them to churn out plenty of their initial mystery-based storylines. In between all of this she peppered the session with little gems of advice such as “Authors are horrible to their characters. They do mean things. But then they fix them afterwards”, and “do whatever you want. Writing a mystery is just a way of losing yourself.” And before you could say ‘Whodunnit’ we had a panoply of zombies, Greek mythological heroes, detectives from Manchester and robots that were just itching to solve a conundrum or two.

At the close of the workshop, my only disappointment was that she hadn’t told her audience about her own books – the Marsh Road Mysteries. A highly unusual lack of a pitch on behalf of an author – to such an obviously captive audience. And one which made me thoroughly warm to her. Elen Caldecott possesses a winning combination of talent and humility.  Which quite frankly, made me far more likely to purchase her books in the future.

The rest of the workshop kids were listening in wonder to Elen. She was helpful to us, gave very clear instructions and good pointers for our writing. I thought that she was very reassuring and didn’t seem to be nervous at all – because being in front of a load of kids that you don’t know can be horrifying! I loved this workshop. It really was great. I started writing a story that I now really want to finish. But the only problem is that now I actually feel a bit confused about what I could do when I’m older. Being a mystery writer is definitely on my list of many, many things that I want to do when I’m older – as well as being a deep-sea diving archaeologist and a teacher.

Chris Longden hails from Manchester but lived in the Kalahari for 4 years with the San bushmen, writing 2 books about them. Chris now lives in a slightly less sandy place – Huddersfield –  and runs an international charity in between writing novels (northern comedy) and blogging at funnylass.wordpress.com